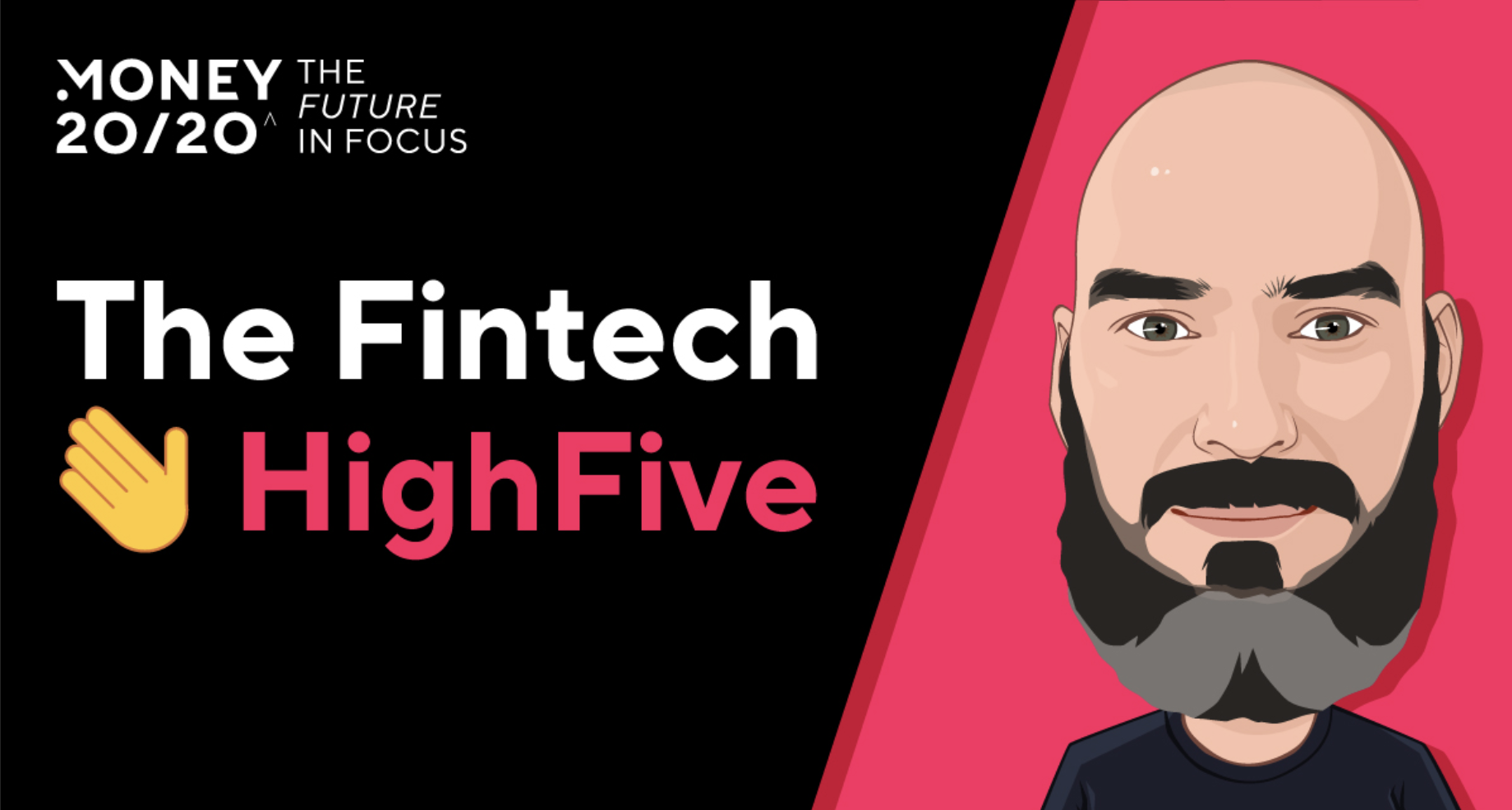 Welcome to the Fintech highFIVE! 🖐 Every day, I’m amazed by the sheer amount of news and innovation happening in the fintech industry. 🤯 Fintech truly has not stopped, even during these crazy times. I can’t help but notice common themes in this huge sea of news — so I’m trying something new to bring these headlines together. Bi-weekly, I’ll be hitting you with the biggest themes seen in the news — all counted down on just one hand. 👊 So gimme 5 🙏 as we celebrate 🙌 the best of fintech each week.

10 top news and interesting reading you might have missed over the last couple of weeks...

If you have any thoughts or questions on this week’s Fintech highFIVE, please share them in the comments section below. ✋

If you are sharing on Twitter, please use the hashtag #fintechhighfive and mention me, @gary20203, or @money2020.