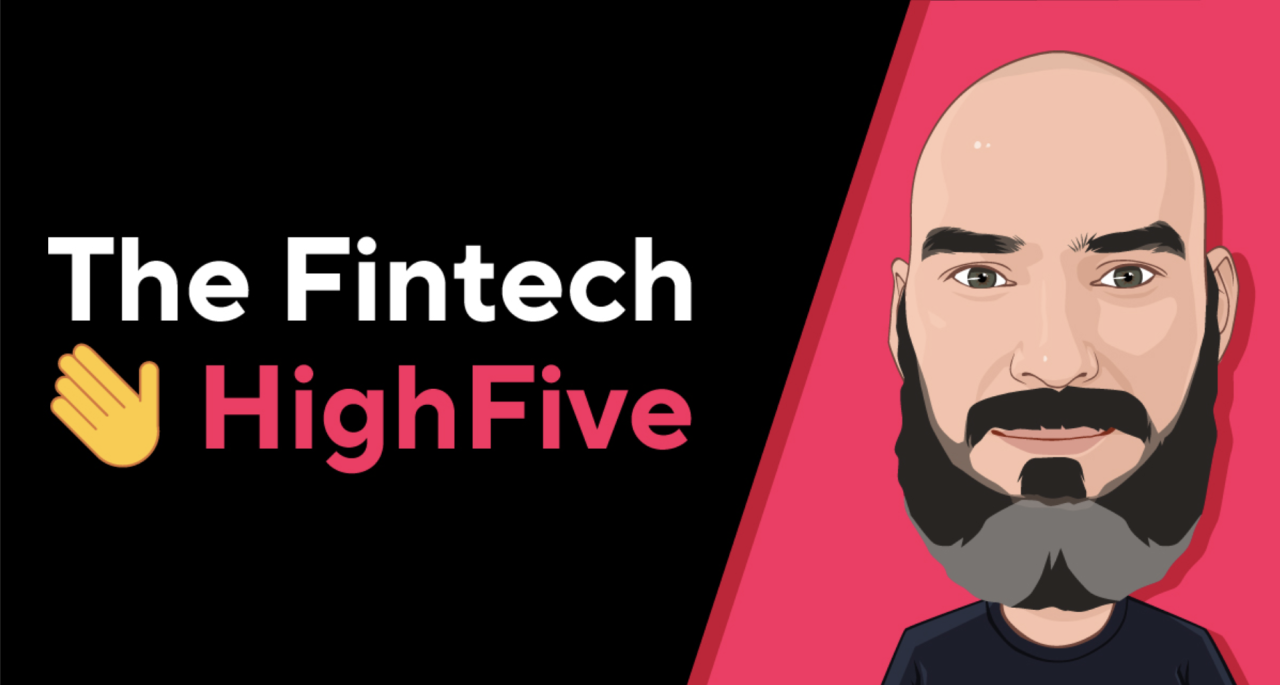 Welcome to the fintech highFIVE! 🖐 Every day, I’m amazed by the sheer amount of news and innovation happening in the fintech industry. 🤯 Fintech truly has not stopped, even during these crazy times. I can’t help but notice common themes in this huge sea of news — so I’m trying something new to bring these headlines together. Bi-weekly, I’ll be hitting you with the biggest themes seen in the news — all counted down on just one hand. 👊 So gimme 5 🙏 as we celebrate 🙌 the best of fintech each week.

The Robinhood-GameStop saga has gripped the world over the last few weeks, drawing attention from just about everyone who didn’t pay attention before, and attracting criticism and legal issues for Robinhood.

Robinhood changed the game by democratising investing for small time players. They made the hugely hypocritical move of restricting stocks for these investors last week when a group of retail traders banded together in a Reddit forum called WallStreetBets and decided to invest in GameStop stocks to drive up the price of the stock and stick it to hedge funds and their arguably unethical short selling practice used to make billions on falling stocks. This led to GameStop’s stocks rising over 14,000%, while causing significant losses for the larger hedge funds.

Frustrated Robinhood users have banded together to file a class action lawsuit against the app for effectively manipulating the market, and preventing retail investors, the people they set up the app for, from buying GameStop and other stocks and effectively siding with the interests of a high-frequency trading platform Citadel on the other side of Robinhood. Coincidentally, Citadel is affiliated with Melvin Capital Management, the hedge fund squeezed by its short-selling bets that GameStop shares would fall, losing 53% on its portfolio in January.

Robinhood closed out their turbulent week with no less than two equity capital raises totalling $3.4 billion.

The whole saga can be read here with commentary, and here is a visual guide to the world of Stonks.

Amazon CEO Jeff Bezos has announced his decision to step out of his role, and transition into the Executive Chairman role later this year. Andy Jassy, the current CEO of Amazon Web Services will be taking over.

Bezos made the announcement this Tuesday, citing his other ventures, including his ambitions to travel into space, as well as owning the Washington Post as his reason for stepping down, wanting to spend more time on them.

While stock markets dipped following the announcement, his successor is a seasoned success at Amazon, having led AWS to huge success. Some see a meaning in a cloud business leader taking over the CEO role of a highly diversified technology company - Jassy’s transition into the CEO role signals that AWS is going to become even more important than it already is. Is Amazon a cloud company now?

While Bezos leaves behind a very successful tenure at Amazon, the biggest eCommerce platform in the world, which he founded nearly 27 years ago, he has attracted considerable criticism over the last few years for his extraordinary personal wealth, last year he became the richest man in the world, in a year where the significant financial struggles brought on by the pandemic left many with nothing.

BNPL players to be regulated in the UK 👨🏽‍⚖️

Buy now pay later players like Klarna, Clearpay, LayBuy and Zilch are to be urgently regulated in the UK thanks to mounting fears over rising debt for shoppers, thanks in part to the £2.3 billion spent using these schemes over the Christmas period.

While BNPL doesn’t present a risk to everyone using them, it is the first form of credit on offer to younger shoppers. Those offering BNPL as a payment option will need to undertake affordability checks before lending and ensure customers are treated fairly, particularly those who are vulnerable or struggling with repayments. Since startups like Klarna and Revolut are resorting to the use of social media influencers to promote their products, they form a particular type of an audience - young, affluent customers - with little to no experience and understanding of the impact of credit products on their financial profile. Seeing how 75% of Klarna users are in the 18-36 category and use it primarily for transactions involving fashionable footwear, the FCA reasonably requests those companies to make sure their customers fully understand what they are signing up for.

The BNPL market has seen exponential growth since the start of the pandemic, but while regulation looms for it in the UK, it is a different story globally, in the last week, the Royal Bank of Canada has announced a BNPL partnership, and Scalapay and Alma have received huge investments. Here is a map of the BNPL market in Europe.

There’s been a swathe of huge announcements in the digital banking space over the last couple of weeks.

In the UK, Starling looks set to hand over a £100 million stake to US investment group Fidelity for its European expansion plans. JP Morgan has hired 400 staff for Canary Wharf-headquartered digital bank set to launch this year. Cashplus, an established fintech firm offering digital banking services to UK businesses, has secured a full UK bank license. N26 passed 7 million customers across Europe and the US and looks to hire 200 new recruits to their team.

Nigerian digital bank Carbon has hit $240 million in payments processed last year, up 89% from 2019. National Australia Bank is to acquire 86 400, an Australian digital bank which has struggled to break the dominance of Australia's Top Four banks, similar to Xinja, which closed late last year.

The best news is saved for last, Brazilian digital banking powerhouse Nubank has raised $400 million in a spectacular Series G funding, bringing their valuation to $25 billion, making it among the five most valuable financial institutions in Latin America.

Tuomas will become the new CEO of the company, while Antti-Jussi steps aside.

BBVA bought a majority stake in Holvi in 2016, before fully acquiring them in 2018. Holvi is the second digital bank BBVA have parted ways with in recent months, previously closing their digital bank Simple, signalling a change in strategy for the Spanish bank.

The move will also allow Holvi to return to her entrepreneurial routes under the leadership of one of its founders.

If you are sharing on Twitter, please use the hashtag #fintechhighfive and mention me, @gary20203, or @money2020.

Check out even more stories