Death of Plastic – On The Cards?

If your pandemic was anything like my pandemic, there may well have been numerous “projects” that you undertook to alleviate the groundhog-day-esque mundanity and existential dread. One of mine was a devoted commitment for a couple of months to make enough transactions from my Chime bank account to hit the target set to own a metal card. Prior to this challenge, I had no idea I needed a metal card, but it became my calling – the quest for the emerald rectangle.

Given virtual lockdown conditions and my constant need for self congratulation via Amazon box serotonin rewards, this mythical task was met in record time and the reward for my valiant efforts came in a weighty envelope several days later. And like so many lockdown quests, the reward was short lived. It was after all, just another card in my wallet, although somewhat more cumbersome and without the contactless capabilities that I have been touting for most of my fintech career.

I was, in short, underwhelmed.

Money20/20 runs a weekly poll on LinkedIn, and last week, inspired by a comment from the chief of Brazil’s central bank, Roberto Campos Neto, that he believes credit cards are on the brink of extinction, I wanted to capture sentiment in a digital “deadpool” – which would die first, cards or cash? A 2/3rds vote from the fintech hive mind indicated that we’d see cards outlive cash.

Maybe I should have been more specific. Card networks are likely to be around for a considerable amount of time. What I meant was the actual form factor, the plastic (or metal) itself that unlike most purveyors of data (tape cassettes, CD-ROMs, DVDs), has an unusual tenacity that has kept it in existence for around 70 years.

That tenacity has a lot to do with its original requirement. To swipe a magnetic stripe, there is a certain amount of real estate needed for both the card data on the strip to be read and enough plastic for the cardholder to, well, hold – form follows function. However, with the advent of chip cards and contactless, and the potential removal of magnetic stripes, card dimensions can be less prescriptive. Contactless cards have also provided training wheels for mobile payments such as Apple Pay, which removes the card form factor entirely. The pandemic provided greater impetus to avoid cards and move to smart phones as merchants and consumers were pushed to experiment with touchless ordering for hygiene purposes – a byproduct being the valuable learning curve of card alternatives for all demographics, not just technophiles. Not coincidentally, contactless transactions made up 50% of Mastercard’s total in person payments in 2021.

Cards are also a conspicuous blot on the ESG plans of pretty much any issuing institution. Every year, about six billion plastic cards are created, with most of them made by unrecyclable PVC plastic. While there are greener options available such as recycled ocean plastic, bio resourced cards made from corn, the greenest option of all would be no card at all. Are cards a significant contributor to the overall plastic waste that humans have created, not really. But, they are A contributor, and a conspicuous one that issuers could take steps to if not eradicate, then at least significantly diminish.

But what about the networks?

So where do the card networks and issuers go next? If the bling factor of metal cards is as short lived as mine was, reliance on exotic construction materials isn’t the answer. There is a case for physical cards being maintained for a certain period of time since, unlike the evolution of CDs to MP3s and Netflix DVDs to streaming, there will be a strata of the population that rely on cards for access to funding programs and that may not have the technological wherewithal to conduct contactless transactions via smartphones or other devices. However, that could be overcome with a coherent industry campaign to educate since the requisite hardware for contactless transactions is no longer a “chicken or egg” discussion for merchants and consumers – if you have a current generation POS terminal or smartphone, it can conduct contactless payments.

Decoupling physical cards from networks could be extremely liberating for the ecosystem, allowing super apps to flourish and for next generation embedded payments to truly ignite. There are also some fascinating opportunities for card ecosystems to evolve into custodians of identity credentials, as outlined in Liminal’s seminal whitepaper on Personal Identity Ecosystems (PIEs).

I’d suggest that the time is ripe to plan for plastic (and metal) cards to be sent to Shady Pines Retirement Home for the Tragically Overstayed Welcome. 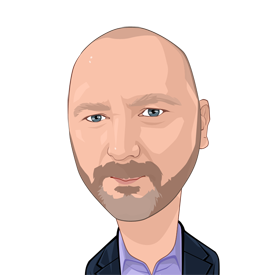